Doug Coby, a 43-year-old driver from Milford, Connecticut, is a six-time NASCAR Whelen Modified Tour champion, and currently competes part-time on the Tour for his own team, Doug Coby Racing. Built over the offseason and started for the 2020 season, Doug Coby Racing already had three victories between the 2020 and 2021 seasons. Coby picked up his first win as an owner-driver at White Mountain Motorsports Park in 2020, accomplishing yet another feat in his already historic career. He won two of three tour races at Riverhead Raceway in 2021. A year later, Coby elected to scale back to a part-time effort on the Tour, competing in just select events with his own team in 2022.

However, an opportunity came up with Tommy Baldwin Racing, and Coby took it and took off with it -- winning three times during the season in the No. 7NY, and helping the team lock up the 2022 NASCAR Whelen Modified Tour owner's championship.

In September of 2021, Coby made his NASCAR Camping World Truck Series debut for GMS Racing at Bristol Motor Speedway, driving the Mayhew Tools truck to a strong 12th-place finish.

​Coby is the only driver in Whelen Modified Tour history to win four straight championships -- scoring them between 2014 and 2017 -- on top of his first title in 2012, and most recent in 2019. Outside of racing, the driver of the No. 10 Mayhew Tools Modified is a a full-time house flipper and real estate broker.

Coby scored championships and wins at Stafford in their NASCAR Advance Auto Parts Weekly Series Late Model division (1998) and Pro Stock division (2000), and also won races in the track's premiere SK Modified class -- one of the most competitive and well-known divisions in all of the country. From there, Coby took his career to the next level, entering the tour for the first time in 2002.

During his debut race, Coby, competing for the late Don King, finished 19th at Stafford. Since then, business has picked up. Coby ran full-time in 2003 and 2004 driving for King, before making his debut with Curt Chase Racing in the finale of the 2004 season, and then drove full-time for Chase in 2005. A year later, Coby earned his first of 31 career Whelen Modified Tour wins at Stafford -- taking his first of four NAPA Spring Sizzler victories in the prestigious event.

After a few more years of part-time action, Coby's career took off lightning fast in 2011 -- when he competed in his first full-time year driving for Wayne Darling, winning his second career race at Thompson Speedway Motorsports Park that year. One year later, in 2012, Coby carried the championship trophy for the first time on the strength of five victories in 14 races, before winning two races a year later, and coming up just short of another title.

​In 2014, Coby elected to switch to Mike Smeriglio Racing -- where his real winning success happened. Coby won just once in 2014, but sealed his second career title, then went on a roll between 2015 and 2017 -- scoring three more championships and 13 victories across the span. Coby was nearly unbeatable for that period, scoring 37 top-10 finishes in the 48-race span. After coming up short in 2018, Coby won his most recent title in 2019 -- winning four races en route to what would be his final title with Smeriglio, when the historic car owner decided to retire.

It was then that Coby decided to create his own team -- Doug Coby Racing -- keeping most of the group from Smeriglio's operation together, and operating smoothly en route to a win at White Mountain in a COVID-19 shortened year where he finished third in the championship battle. Through June of 2021, Coby had two victories on the Whelen Modified Tour in five starts, with top-five finishes in three of five events.

Coby received the honor of competing with the Superstar Racing Experience (SRX) Series in their inaugural race at Stafford on June 12, 2021, and he went to Victory Lane. Coby bested the likes of NASCAR Hall of Fame members Tony Stewart, Bill Elliott and Bobby Labonte, along with most recent Indianapolis 500 winner Helio Castroneves -- all on national television. 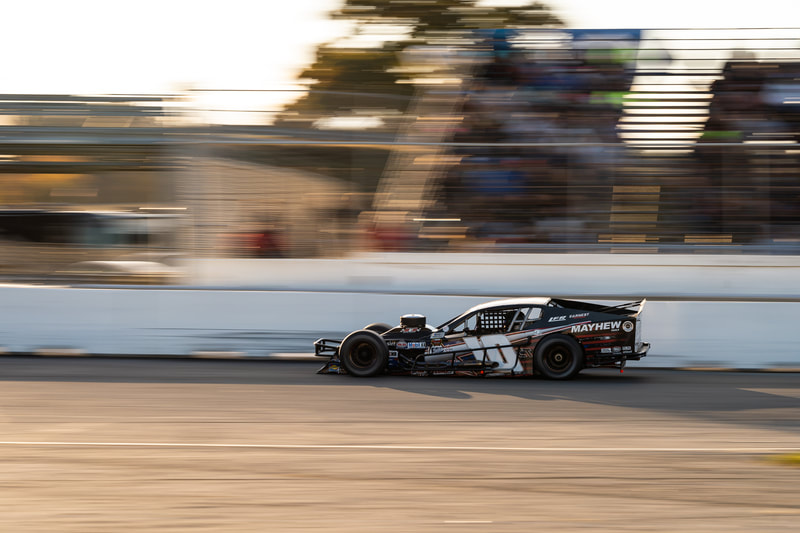 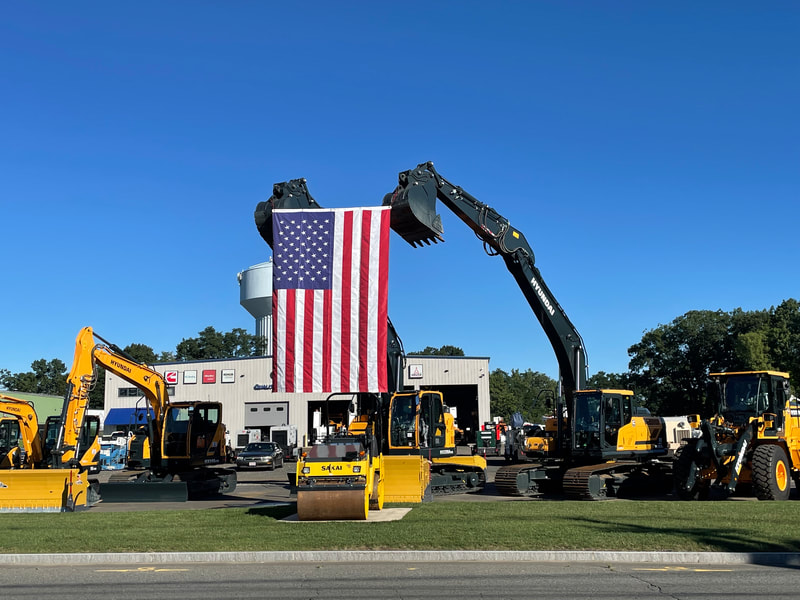 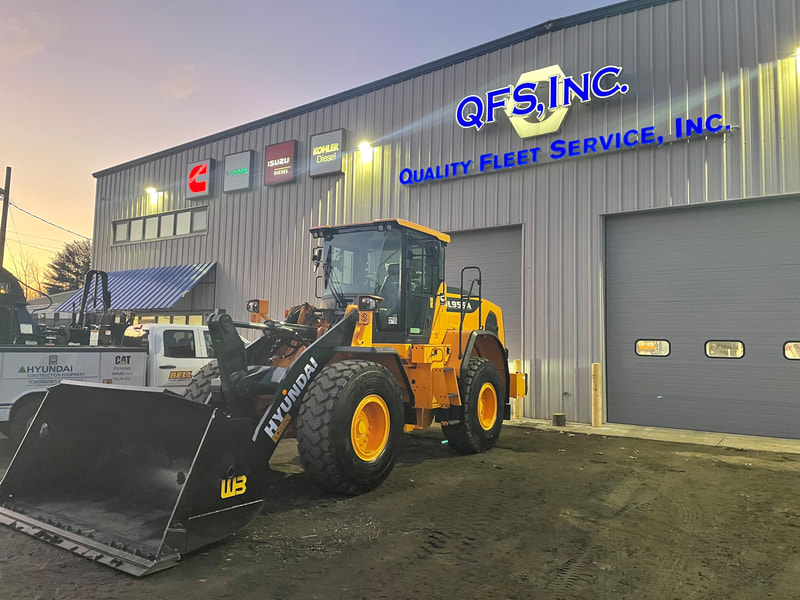 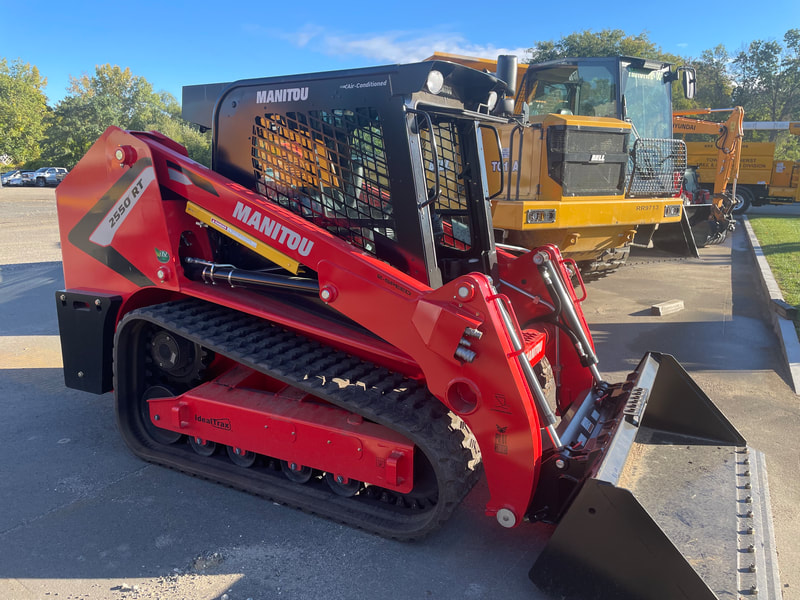 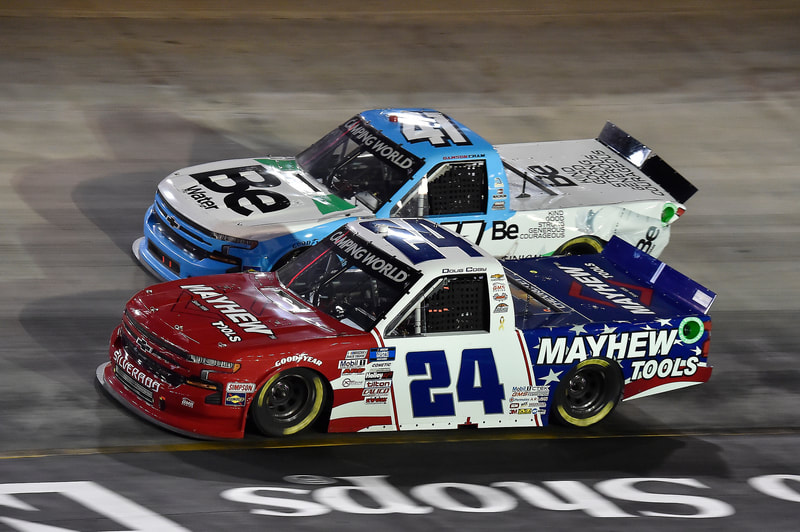 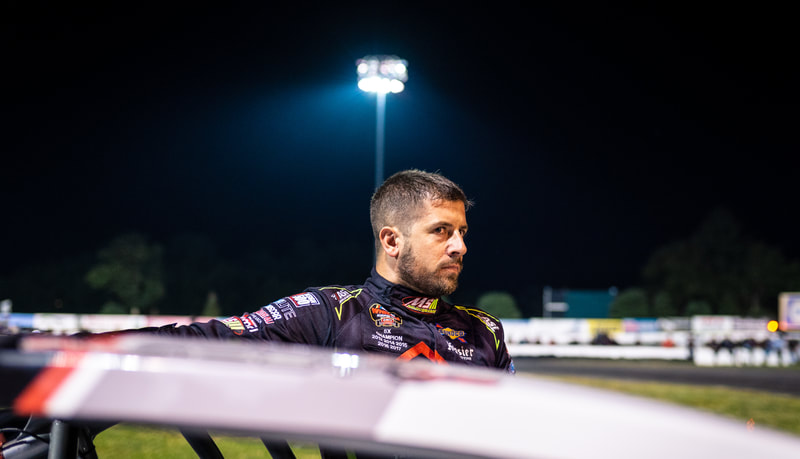 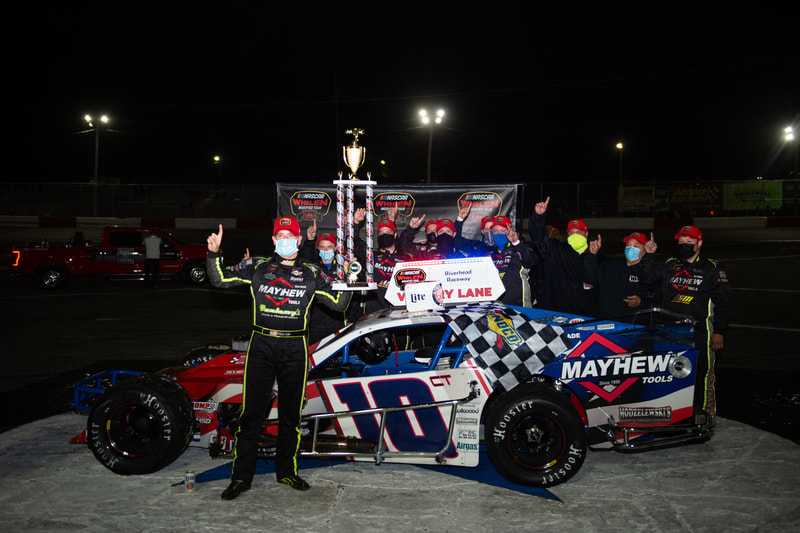 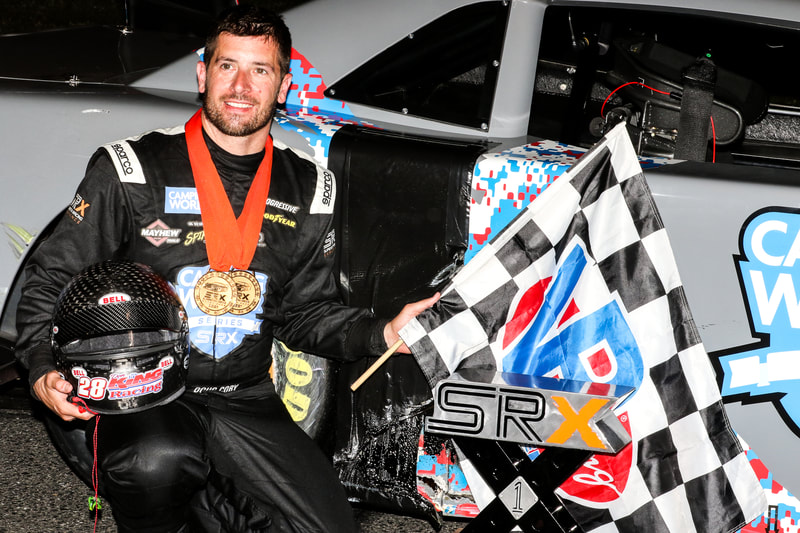 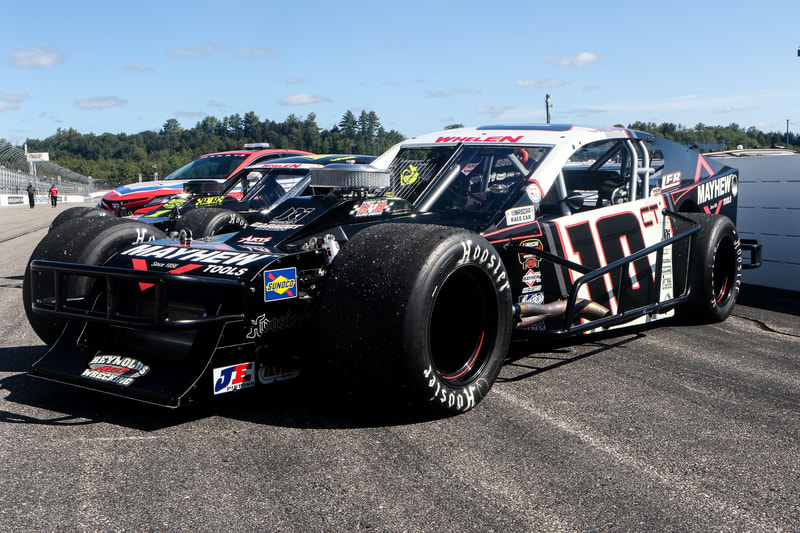 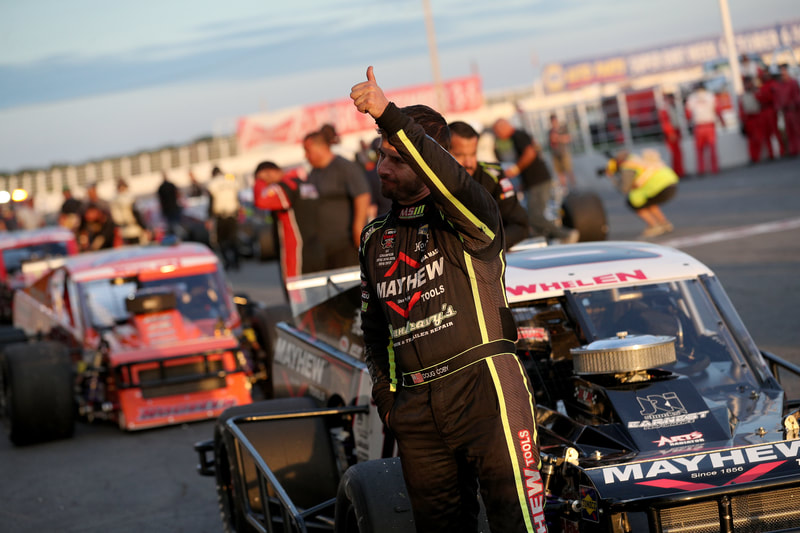 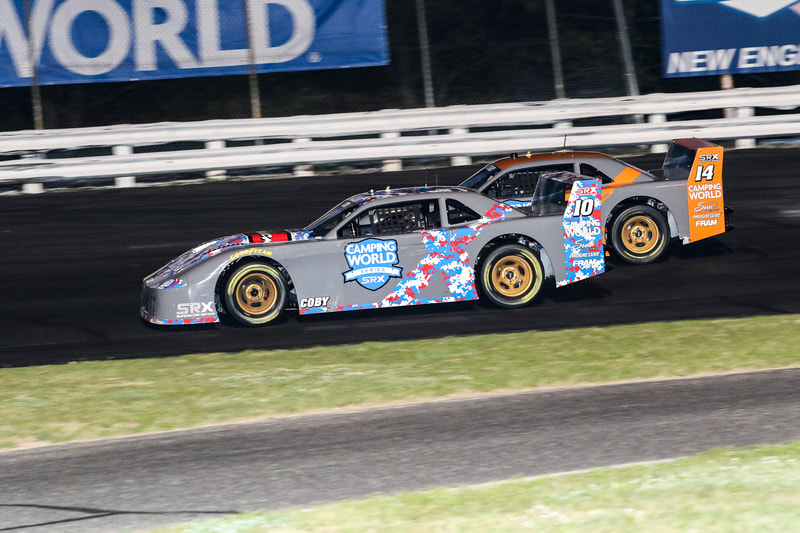 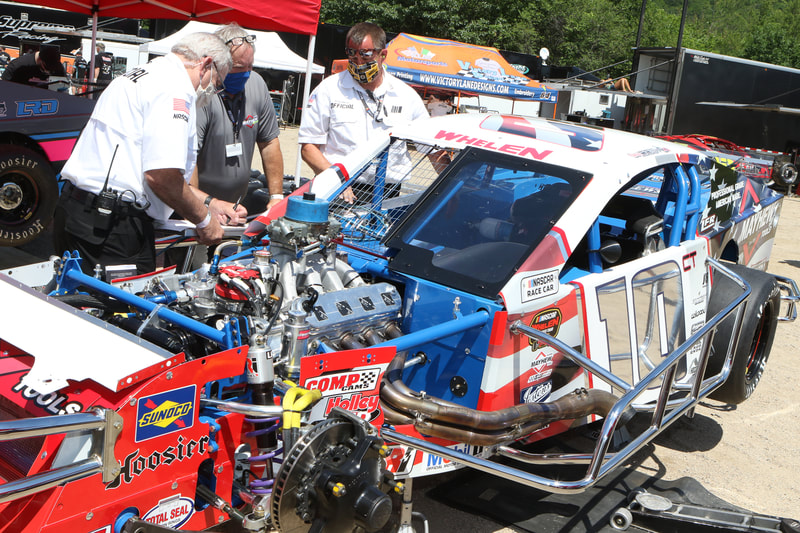 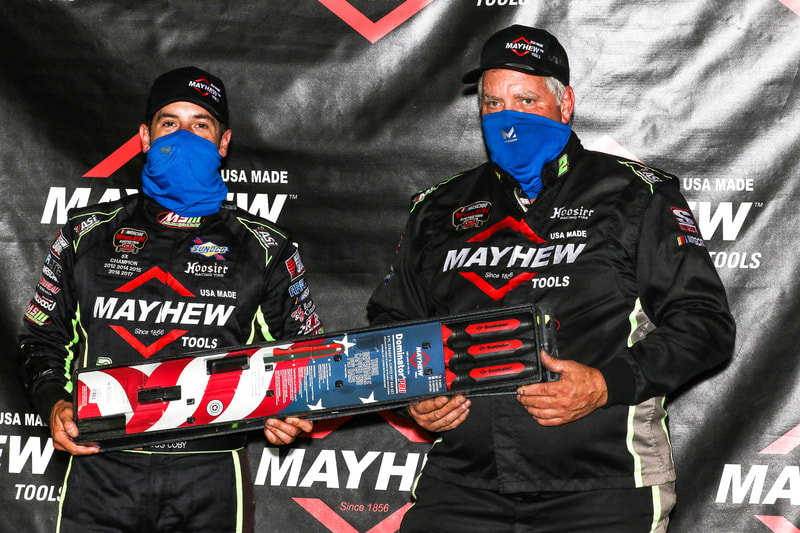 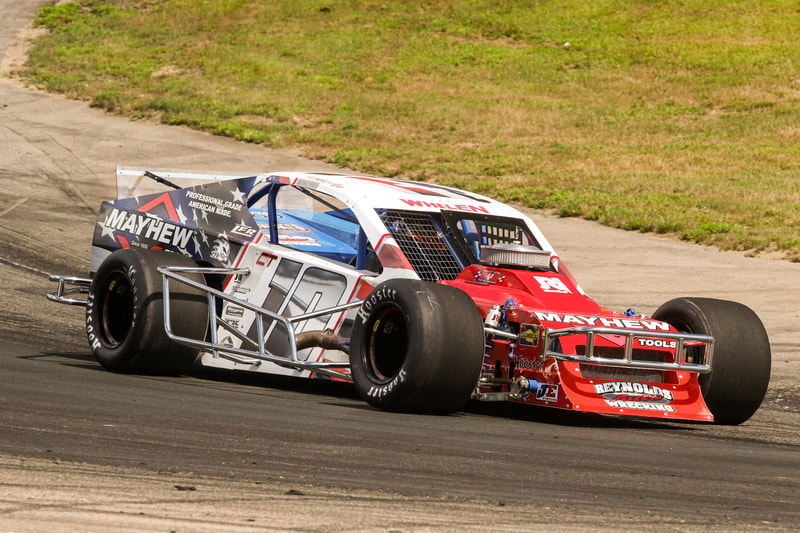 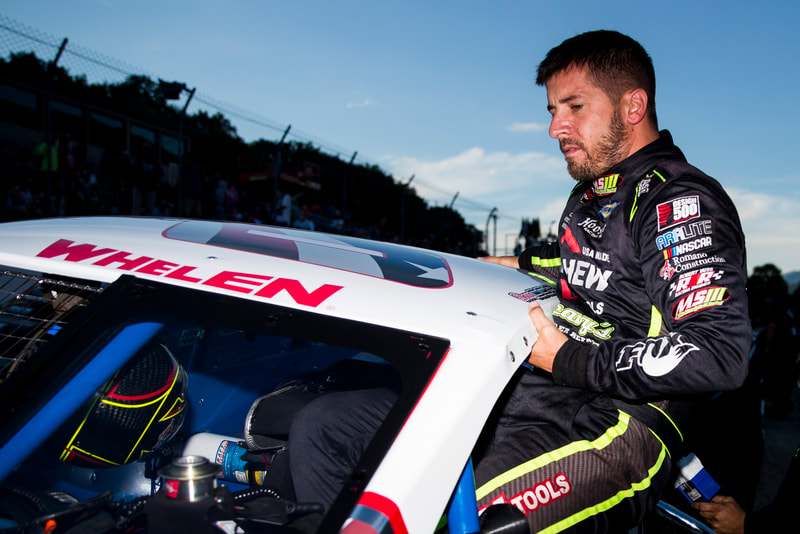 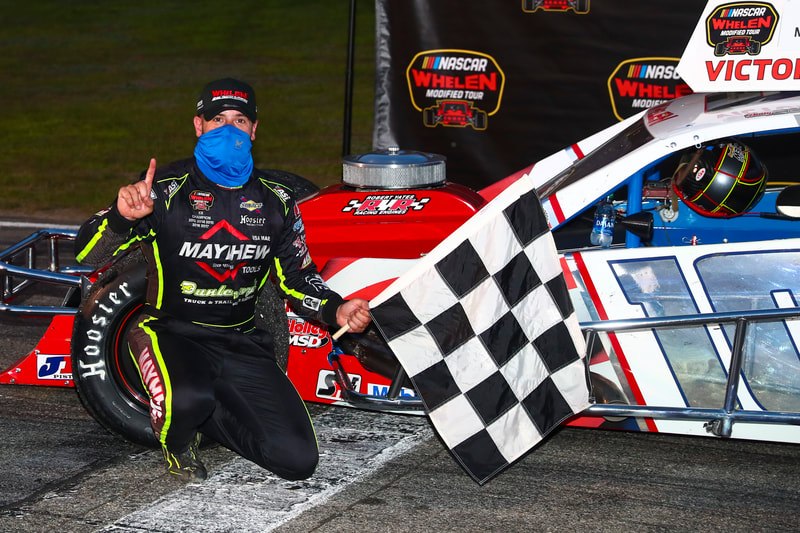 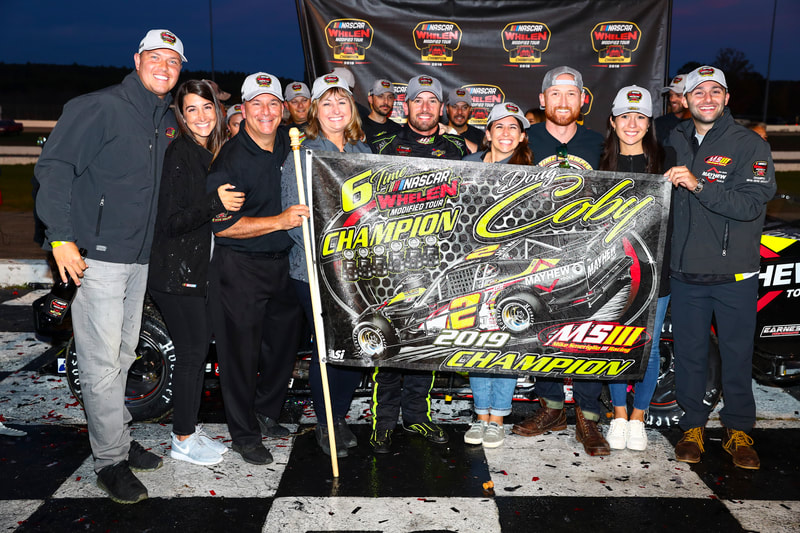 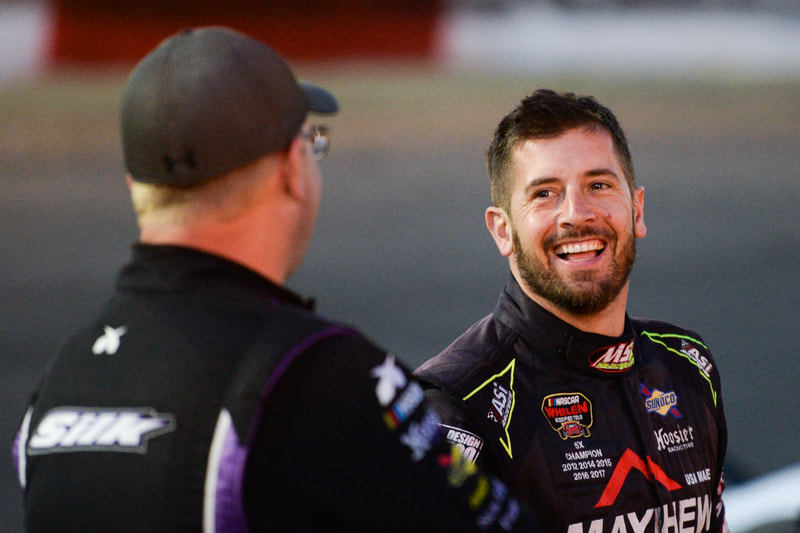 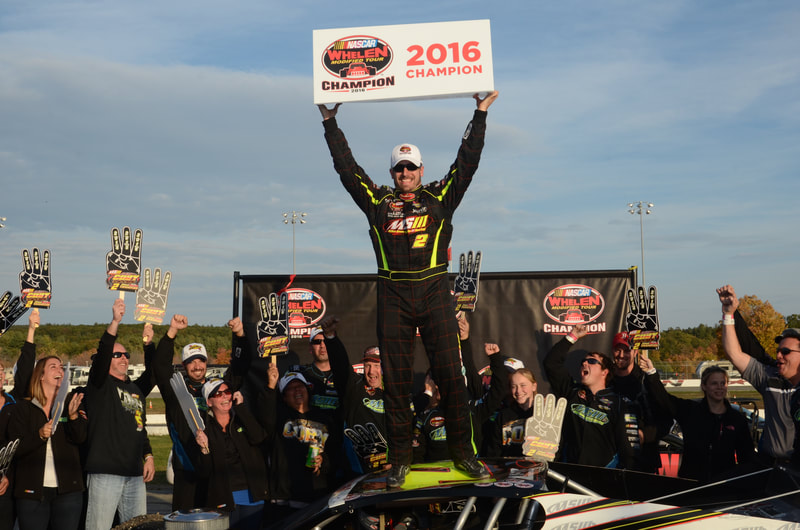 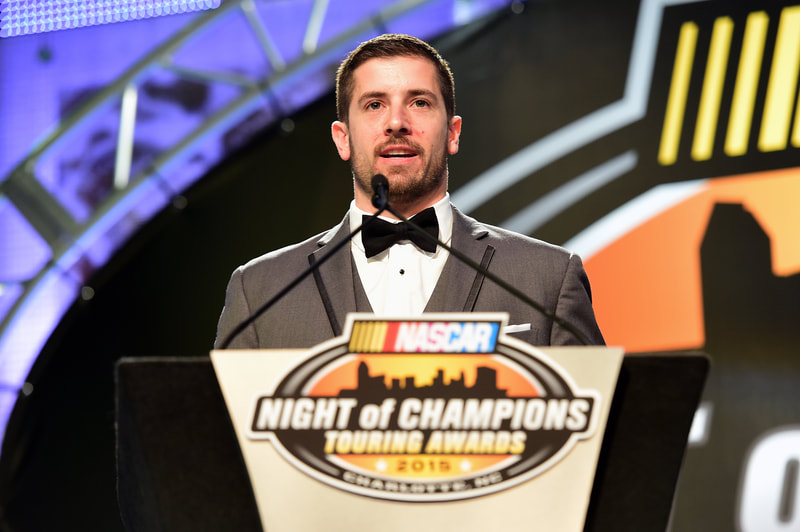 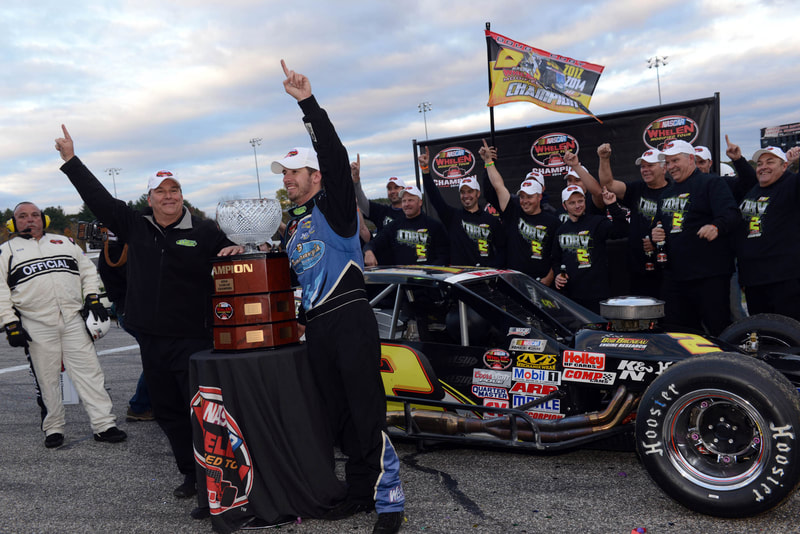 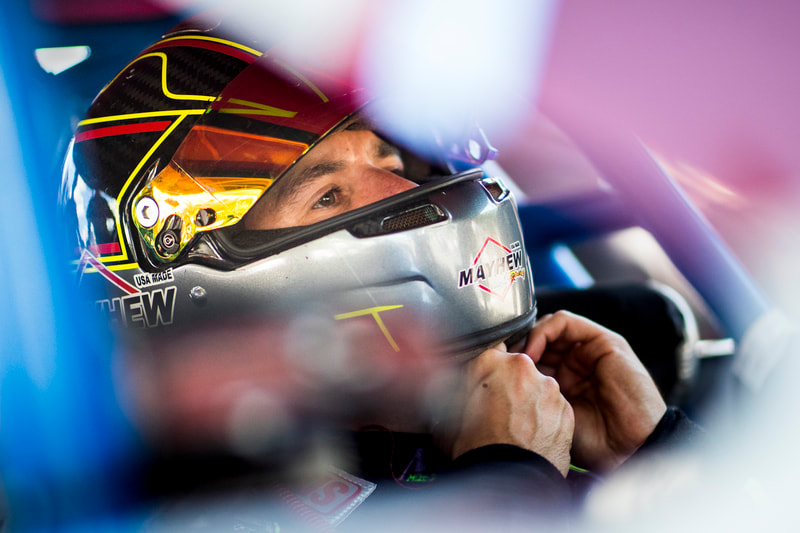 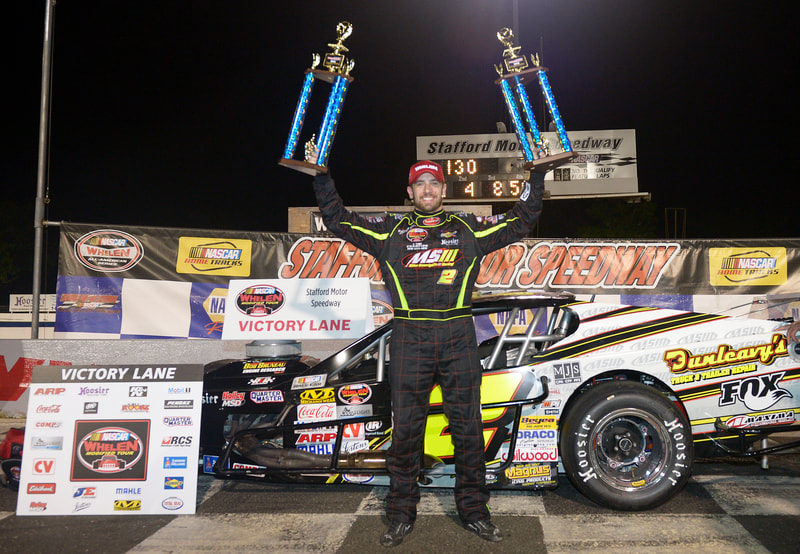 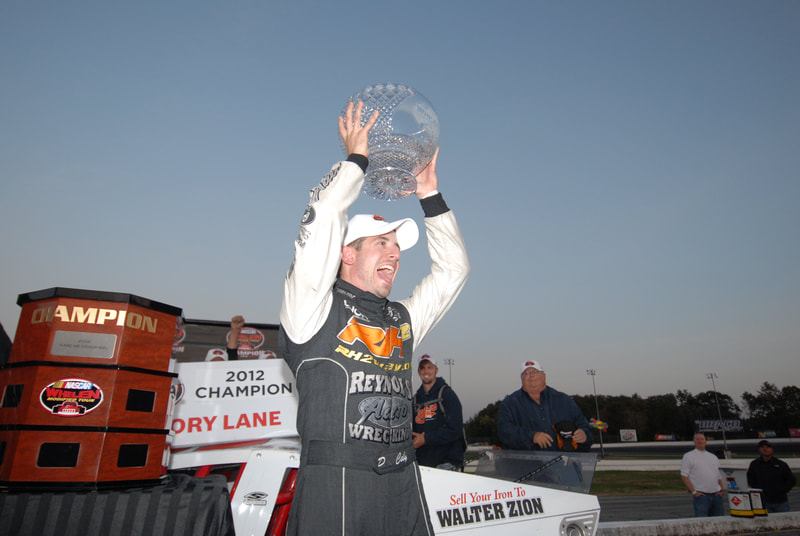 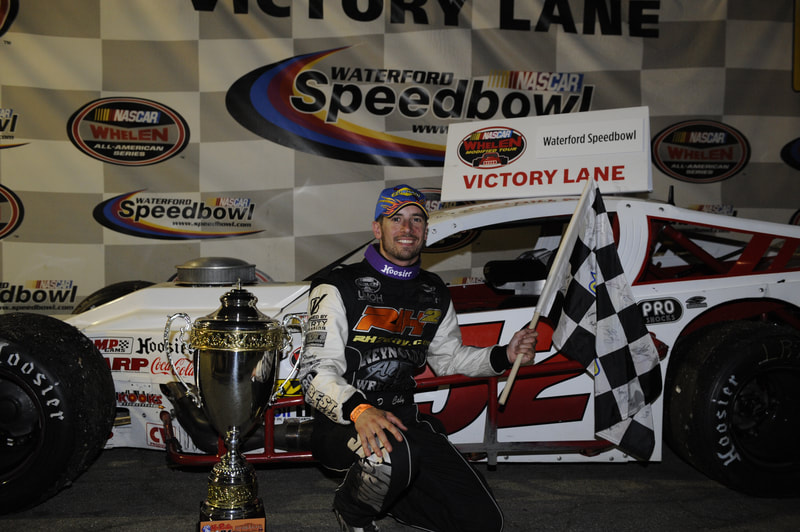 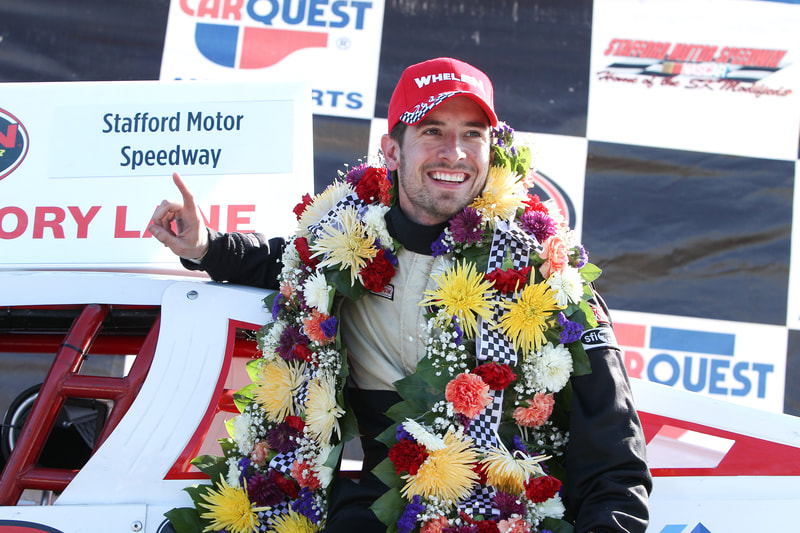 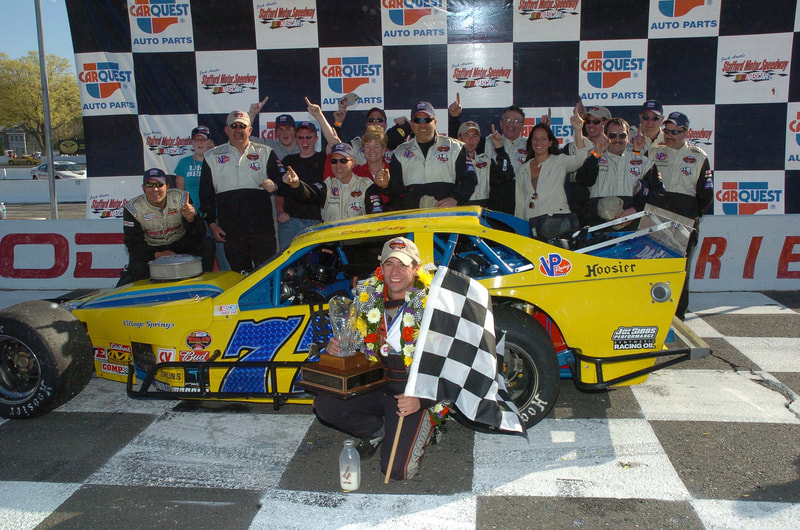 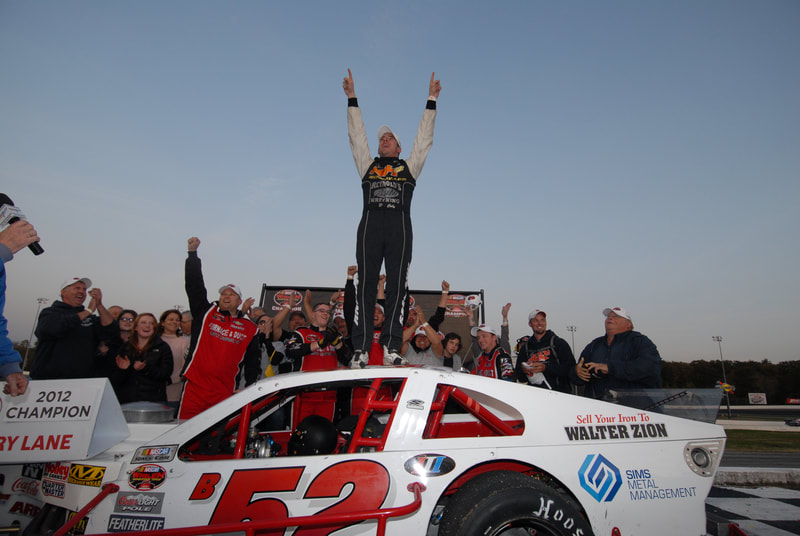